So, I figured that since no one (from Fondusi’s) reads this, it’s probably safe to start writing about our development progress on the new version of Fondusi’s. My plan is to write a blog post once per week (hopefully on Sunday) that sums up the development progress that we’ve done during that week. We’re in our fifth week so I’ll have to do some retroactive work.

Before I get to that, however, a little back story:

About 7 years ago, maybe more… sometime around 2004 anyways, I was a teenage (wanna-be) programmer who thoroughly enjoyed 2D, SNES-like RPGs. Especially the online one’s like Graal, Deloria (RIP <3) and all those Mirage, Elysium, etc. projects. And so it was that I decided to make my OWN 2D, online, SNES-like RPG. So I started messing around with those Mirage/Elysium type VB6 game engines. After Deloria died, there were a few clones, the main one (as I recall) was run by GodSentDeath (GSD) and DarkAngel (or whatever the heck Frank’s alias was). Somehow I got the source to this game after GSD stopped working on it and did a bit (very bit) of work on it. Eventually, I took that source and built it into what Fondusi’s was 1.5 months ago. After weeks, months, years of work. VB6 just wasn’t cutting it. I figured, “Hey, I’m a good programmer. I’ll just recreate the engine.” If only I had known about source control back then…

Fast forward to 2011, it had literally been years since I made any progress on the game or engine. Two failed attempts at writing an engine (DX8 and SDL) had left me more then a little discouraged and frustrated. However, my programming skills had far surpassed where they were back then, computers were faster, graphics cards were way, way better, and XNA was on the scene. I’d dabbled a bit: working on a clone of a simple game I played in highschool for the XBOX and Windows.

Then this game, Terraria, came out on Steam. Wow, that game was (is) fun. Playing it reminded me how much fun I had with 2D games and seeing the scope — the amount of tiles, growing trees and plants, multiplayer, building, mining, everything — gave me hope. Eventually, I found out that not only was it made in XNA, they made it in 6 months! How could they have made such a cool game in such a short amount of time? The curiosity hit me and I had to take a look at the source. I couldn’t believe it. They didn’t use all those over-complicated screens and inheritance from the XNA tutorials. They just used the basic framework (Initialize, LoadContent, Update, Draw) and started going. What a novel idea!

So here I am, 2 months later, writing a blog post outlining the history of my development on Fondusi’s. But wait, I forgot the part where I started work on Fondusi’s again. We’ll get to that…

It was late July 2011 (yeah, just a month or so ago) and I Terraria was bringing back a lot of good memories. My business was currently between projects and in my spare time I had been doing research on XNA tile engines, sprite animation, game design in general, and basically anything else I could wrap my head around.

I had also recently updated my desktop and was spending more time on it. I decided to have a look at my old Fondusi’s files if for nothing other than nostalgic reasons. As it turns out, I had one of the simplest forms of source control on my desktop — the good old folder copy. I found a copy of Fondusi’s from before I screwed up the graphics engine. That excited me, I started looking into getting programs that could convert the old working VB6 files to C#. (That was a fruitless effort by the way.)

After discussing it with my business partner, Andrew, we decided that we might as well start working on it since we had nothing else to do.

So, as of August 1, 2011, Fondusi’s development has officially started again. Woo hoo!

Click here to check out the first week’s blog. 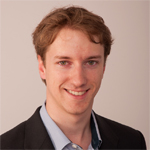 Hey there! My name is Richard Marskell and I'm the co-founder of LBC IT Solutions, Inc.. I've been developing websites, apps and even games for over 18 years.